It looks like iPhone cameras are comfortably settling in around the 12MP resolution. So what could be new and improved about a 12MP camera in the new iPhone XS? There are two of them! Not to mention a 7MP front-facing camera which is almost as good as the main camera on an iPhone 6s. But that thing was born in late 2015 so it’s practically a senior citizen in tech age.

What makes dual cameras awesome? The same thing that makes having two eyes awesome; depth perception! Software processes both images into one for higher effective resolution and also maps depth of the scene. It’s the key to portrait mode, where you can selectively blur or eliminate the background while maintaining sharp focus on your subject.

Unlike our eyes, one of the dual lenses on the iPhone XS is telephoto. When you zoom in, you’re switching from the normal lens to the zoom lens, rather than just enlarging the middle of the frame like single-lens devices do. For device cameras that have until now been stuck on the sidelines, this puts us in the game with zoomed images that use the camera’s full 12MP resolution!

Apple’s new HEIC image format is a clever container that combines these two images and depth map in raw form so that you can edit now or later without sacrificing quality no matter how you choose to display your photos.

And display them you will! The phone’s screen is as sharp and velvety as ever but for the first time, Apple’s cameras are outperforming even their own display devices. Even on Apple’s largest iMac displays, you’ll have to zoom in to experience actual size (1:1) resolution or view it in lower res at full-size.

In other words, fire up the photo lab, honey, it’s time to start printing again! With max output resolution up to 63MP in pano mode, (yes, 63 million pixels) these photos can rival the prints of any DSLR. You could be snapping an iPhone photo today and hanging a 5-foot wide panoramic gallery tomorrow!

Want to join the discussion?
Feel free to contribute!

How Long Does A Photo Last? 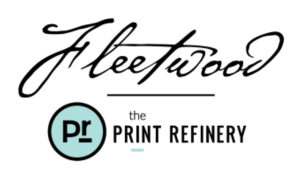